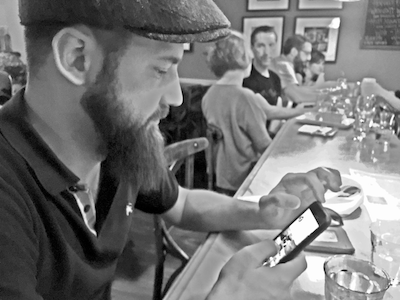 I became aware of Markus Haala's work a few years ago when a number of students who I was employing started talking about this young, smart, intellectual art instructor who had taken up teaching a few classes in the Boston area. Now Markus was an example of someone who probably never would make it in teaching. He was an artistic genius with a deep knowledge of the art, the ability to push young students beyond the bounds of technique, and the social network to help those students, if they are good enough, make their way through the byzantine art world. Despite this he was making small waves and I was seeing it in new Interns who were passing through my work. 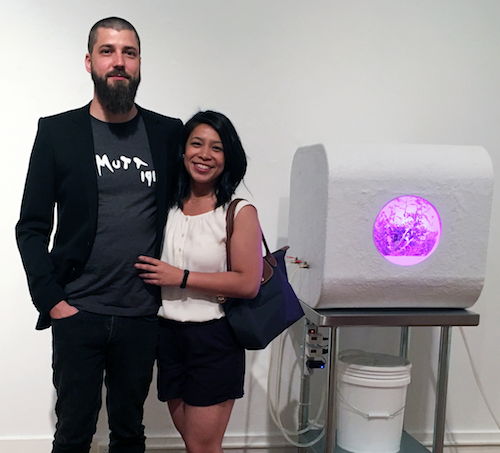 I was surprised to meet Markus as a small art institute in New Hampshire. He was everything that the students had advertised. He was tall, erudite, well spoken, collegial, dismissive of foolishness, kind hearted, distracted by the gears always whirring in his brain, congenial, and held deep thoughts. For some reason, and he has a story of his own to tell here, we became immediate friends and intellectual foils. And I immediately saw his work as falling into the same new romanticism that I felt my own was diving into.

I have always found it hard to bring visual art into the real of narratives but I recently had a series of discussion with the brilliant photographer Yoav Horesh and he aided me in many ways in thinking about Markus and helping me understand what I thought of him. Note how self-centered this is, but I would prefer to say this is my interpretation of a complex and intellectual artist and not a suitable entry in an art textbook on his work. 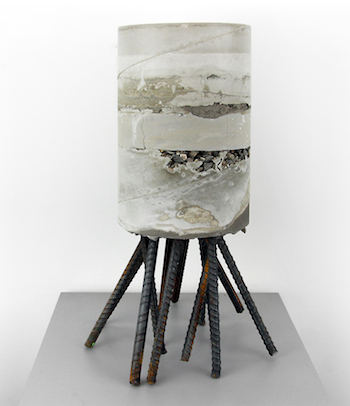 No matter how big his works are, they are all essentially miniatures of society designed to work with the principals of metanarration. In other words, you look at the small, and see the large. I talk about the idea of depth of field in some of my work, and how it aids artists in creating focus, and Markus has mastered the concept of the meta story. The first work I ever saw of his was a series of sculptures that combined legs of rebar with cement casts. In the work shown to the right, called Zylinder (2016) Markus evoked the post-industrial abandonment of formerly working and living structures to the environment. In a strange reversal of the idea of a plastic society, these objects, which Markus and I both grew up seeing, and essentially permanent fixtures, created to be indestructible, and now forever part of the lifescape of the cities that hold them.

As part of the metanarrative Markus's work made me dive into the architecture of Europe and I found amazing buildings that closely tracked Zylinder. Perhaps the closest vidual is the "army" style forts sunk in the Thames and Mersey estuaries. Called the Maunsell Forts, these structures served a short-lived purpose of providing anti aircraft cover for ships using these estuaries during the second world war. Ironically, in a war where everything from boot to machine guns were being build to only last months rather than years, these forts were so over-engineered that the cost to demolish them would be hundreds of times their cost to build. And left to nature in the hopes that wind and sea would destroy them, they proved to be nearly permanent parts of their landscape, weathering and becoming more decrepit as they age. 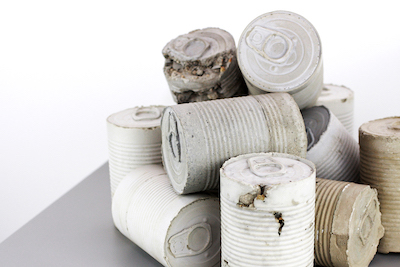 In exploring this early work of Markus, I was lead in my own hyper-jaunt to Germany, Markys's own country, to a time when the Maunsell Forts were being made. Germany, fighting a battle that was largely from the air on its western front for many years, built a series of huge "Flak Towers" designed to withstand the heaviest attacks, to house civilians in their basements, and to be sturdy enough to mount rapid fire weapons as large as the 12.8 cm FlaK 40 anti-aircraft cannon. These huge structures were so over-engineered that not only did no one decide to bomb them, but after the war they were impossible to remove. The giant "Flakturm VII - L" Tower built in Augerten, Vienna, is an example of these fortifications. They are every bit as impressive in scale as a castle, and must serve as a daily reminder of past events to the people of Germany and Austria. However it is here that I see the next phase of Markus's evolution of thinking, because many of these towers are being considered for reuse rather than simply being allowed to molder. It was as if Markus's sculpture of Cans, shown above, could suddenly be turned back into useful objects, or we could at least watch them decay in front of our eyes.

Biomythography is a made up work that has floated about the intellectual ecosphere for a number of years with a wide range of claimants for its invention. Broken down into its parts, bio is a life story, generally but not always of a human. Myth is a type of folklore whose rational and objective basis is obscured in a level of fantastic story telling but which often uses allegory and leaps of logic to tell essential truths about a people and their culture. Graphy is the written form of communication. It has been my contention that much of the new romantic movement is in the form of biomythography, that is the fantastical recreation of reality to tell greater truths, and Markus has evolved, I believe, along with me in telling more "mobile" stories, requiring that his art stop being static and start using the concepts of nature to propel a story.

One of Markus's clear influences is the artist Mark Dion. I met Mr. Dion in 2017 when he gave several New England-based speeches to various art communities, and was impressed with how he mythologized science, questioning as the linked article says the difference between rational and irrational, and in my opinion creating a conversation about how humans know what we know. The other thing though that Dion often does is to create art that reverses the diorama process, and creates a dynamic and changing model of reality. Many Dion installations have the viewer enter a habitat of their own to observe a habitat of the greater, unpredictable, and changing world. His dioramas are often useful in a scientific and explorative sense, by providing the visitor tools in which to carry out studies of the natural world. They also tend toward educational motifs, where data is collated or distributed to people who wish to learn about the installations purpose. Finally, his work is often ironic, in that the location, or subject, or effort placed into the installation is far outside of what might be considered objectively logical. A bird viewing point near a bomb range or a classification drawer system that is essentially junk discovered in a river all mark Dionesque work.

The result is a new phase of Markus's work, which I would encourage everyone to see. His work now often includes concepts of decay, science, and his own form of biomythography in the form of stuffed pigeons. 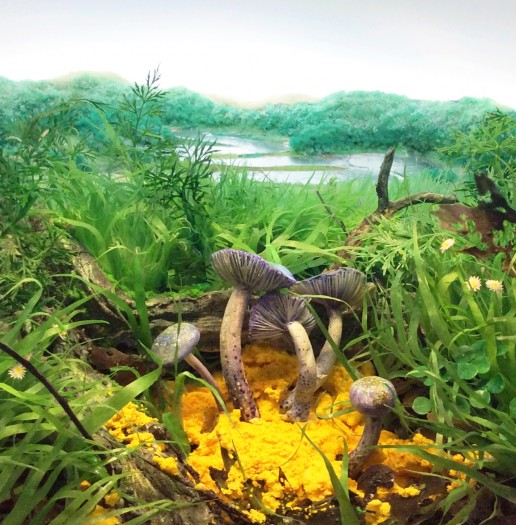 Another significant influence of Markus is Patrick Jacobs. Jacobs has been active in the art world since the turn of the millenia and is an clear influence on Markus, and a leader in new romanticism, through his incredibly detailed miniatures. A clear example of the detail and almost scientific view of nature that Jacobs brings to his work can be seen in Yellow Slime Mold with Blue Pinkgills, 2015. While not dynamic in that the field is growing or changing, it is dynamic in that it is a metanarrative of a chaotic system frozen in time but through which the mind can roam. The mushrooms (Pinkgills) are like many of Markus Haala's environments, understated centerpieces to a field of wild imagination. One area of difference at this stage is the chutzpah and skill of Jacons, which you can see Markus reaching to attain with his highly experimental work, as if the younger artist was still chained down by a few formal limitations that Jacobs and Dion were able to throw off as their works gained popularity. Despite this you can see the movement of Halaa between Jacobs and Dio as he charts his own route. 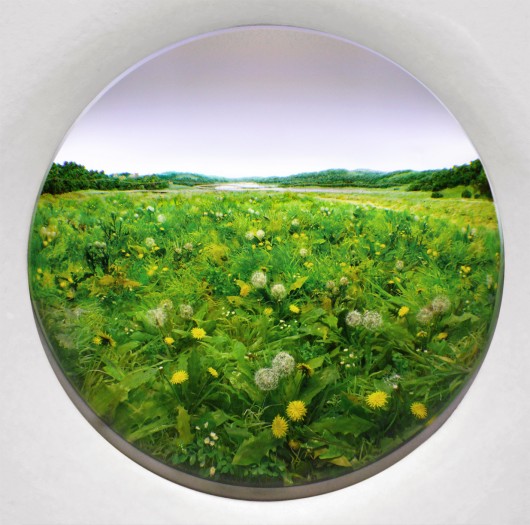 In this case Jacobs presents a diorama through a window like Halaa, but his diarama is agains the perfection of nature stated in the new romantic's love for natural fractals and chaos. Dion often chooses to have his windows either look at the found objects in a metascape, or creates the reverse diorama mentioned earlier, where chaos is provided by the real world. Markus has been looking inward at decay, but his artwork is not miniature but actual breakdowns of scientific process and chaos is represented by entropy.